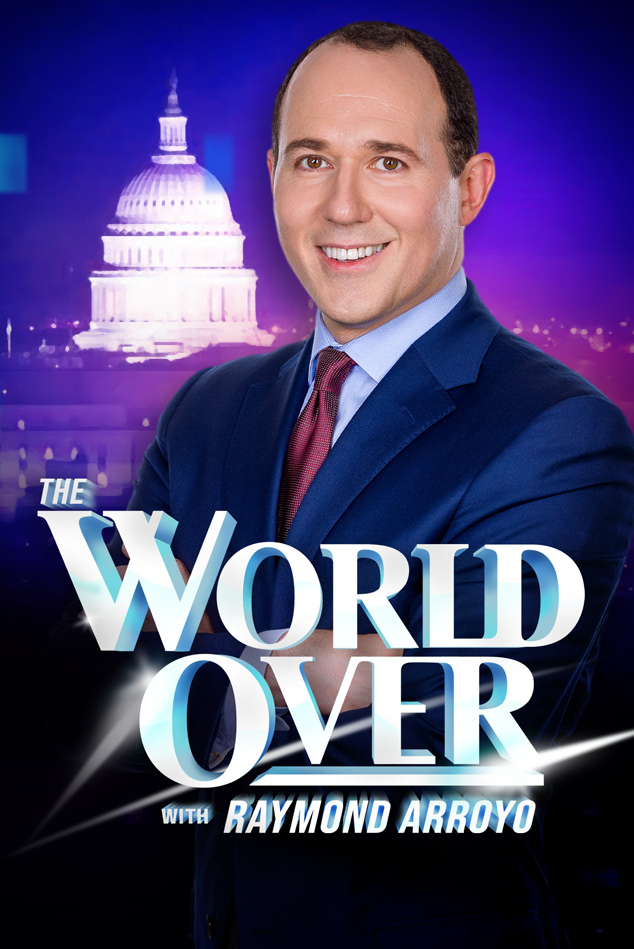 Would you like to receive The World Over in your inbox every week?

Don't miss the latest political and cultural reporting and analysis on topics of interest to Catholics and people of faith. Use the form to get The World Over delivered to your email.


As part of this free service you may receive occasional offers from us at EWTN News and EWTN. We won't rent or sell your information, and you can unsubscribe at any time. FR. ROBERT SIRICO, president of The Acton Institute, with analysis of the ongoing restrictions being placed on the... THE WORLD OVER CHRISTMAS SPECIAL for 2021, featuring the legendary JOHNNY MATHIS, the NOLA PLAYERS and classic performances... ROBERT ROYAL, editor-in-chief of TheCatholicThing.org, and FR. GERALD MURRAY, canon lawyer and priest of the Archdiocese of...
Description
Each week, Raymond Arroyo challenges viewers with important political and cultural reporting and analysis of a wide variety of topics of interest to Catholics and people of faith.
Podcast
Biography

As founding News Director and Lead Anchor for EWTN, Raymond Arroyo is seen in more than 350 million homes on six continents each week, along with over 500 radio stations and affiliates. An internationally known, award-winning journalist, producer and best-selling author, Arroyo is known for his penetrating interviews of leading news figures. His Conversations on The World Over have included Presidents Bush and Trump, Pope Benedict XVI, Mother Theresa, Mel Gibson, famed tenor Placido Domingo and comic legend, Jerry Lewis.